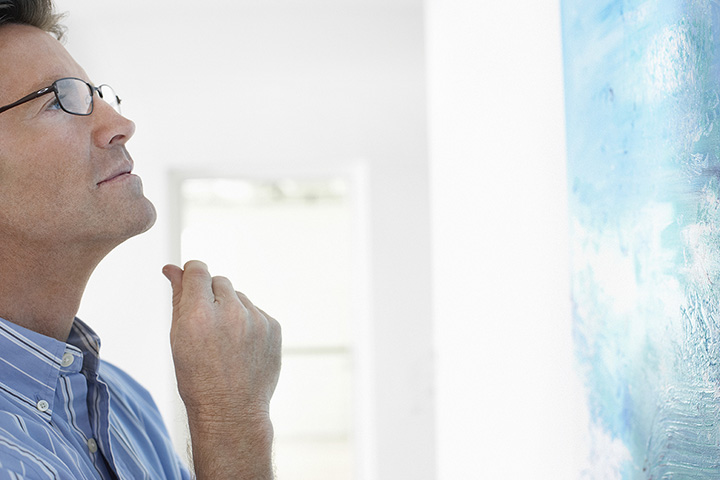 In the early spring of 1953, artist Donald Vogel and his wife, Peggy, stood on a dead-end gravel road in far north Dallas County and looked into a heavily wooded six-acre lot. After walking among the trees and along the creek bordering the property, they decided to purchase the land to create a unique environment in which to live and continue their efforts to promote fine arts in Texas.

Knowing that the picture framing business would always be a reliable source of income, they first built a frame shop on the property. The frame shop was soon followed by the construction of a house of Donald Vogel’s own design. This house, which they named Valley House, originally functioned as a gallery, studio, and home for the Vogels. In 1957, the frame shop was expanded and renovated to create a separate gallery space. In 1961, the building program was completed with the construction of a new frame shop and guest quarters.

The Vogel’s philosophy of showing contemporary regional talent alongside internationally recognized artists evolved from their previous collaboration with Betty Blake, formerly Betty McLean. The Betty McLean Gallery, established in 1951 in Preston Center, was one of the first galleries in Texas to exhibit modern art.